I still do not see this Cart 2 update in the Stacks updater in RW, but the Messenger stack update showed up there and updated successfully.

If you could add a link demo @bayview it may help

@yuzool 2.3.3 also isn’t showing up in the Stacks updater for me.

No update is showing up within RapidWeaver for me.
Nor Card, Messenger or Navigation, etc.
Luckily I get emails regarding the updates.

Can you supply a link showing the issue?

I just did a Stacks update check and I got the Messenger but not the cart. What I tried though was uninstall the stack, restart RW, and then re-installed the old version again (I still had it in my downloads - was 2.3.1). When I did a check for updates 2.3.3 showed up.

Not sure what to make of that, but that’s what did it for me.

Hmmm… Just tried your method but no luck. But the download from the email link worked just fine.

I’ve had both recent Cart updates show up in the RW stacks updater.

I’m finally incorporating it into a site - but it won’t go live for a few weeks, so I have time to get it updated.

Mine is also showing the same date @Dave!

Hi
Is there a CSS that can help me style/hide the dividers between the menu links when in mobile view?

That’s on the to do list for next update

Sure - play with that:

Thanks @Dave @rolisize @dropgates for all your brilliant suggestions (and anyone else I forget here to mention who emailed in) as we’ve now made it to another round of Navigation Stack updates!!!

Updates will be sent out today

Space for CTA buttons in your Navigation! 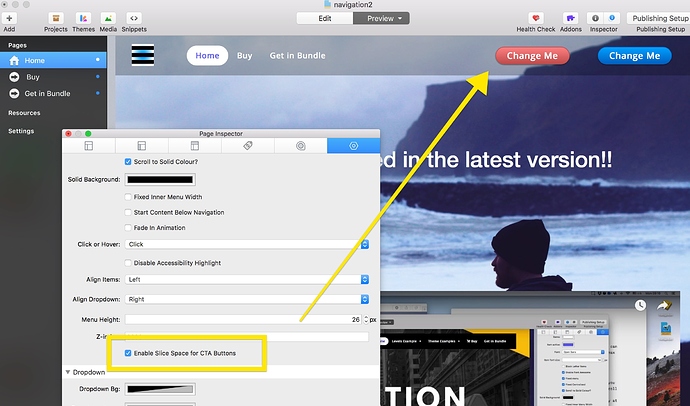 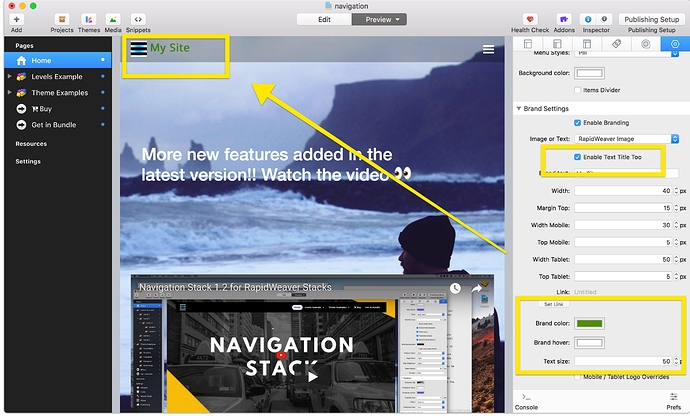 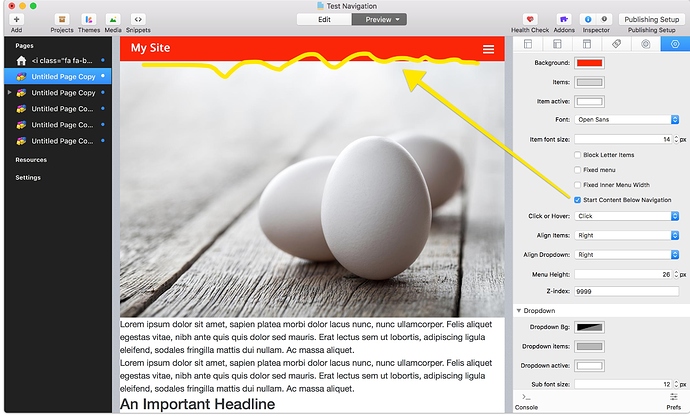 No lines option for Mobile and Burger menus 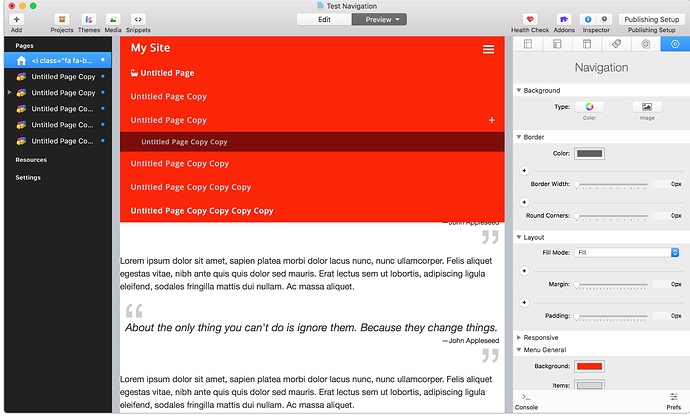 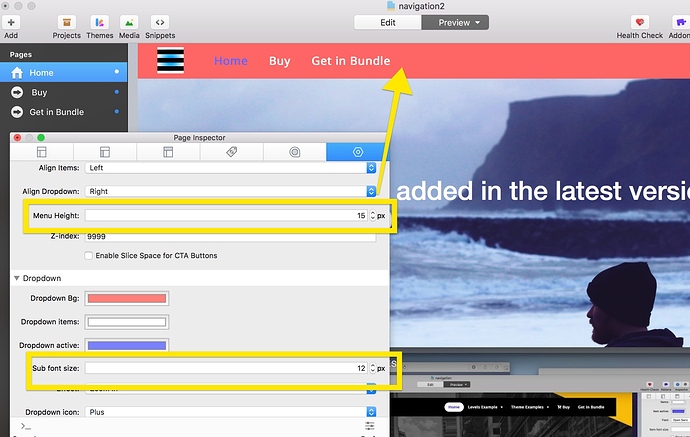 Option for rounded corners on a fixed central Navigation 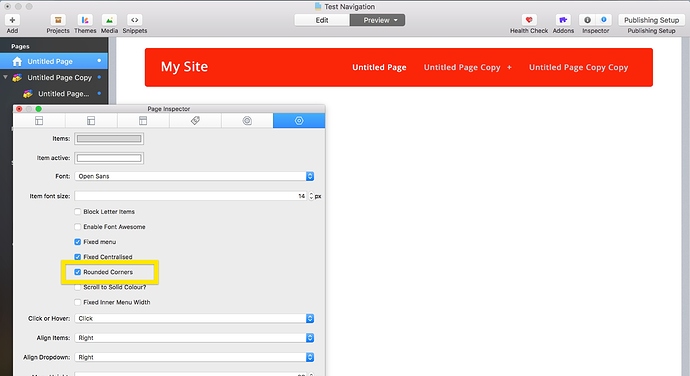 Option to Tab Key the menu items for better Accessibility

And some more things…

Thanks again all for making it happen and supporting this Stack.

This is a major update. For those who haven’t had the pleasure of using this stack, but have thought about doing so - jump off the fence now and go purchase it. You won’t be disappointed. I am now using this stack in all of my sites (most of which are Foundation) - the navigation not only works beautifully on desktops…but it SHINES in mobile. My biggest gripe about mobile navigation is the lack of drop downs that also support clicking on the parent (in most menus I’ve seen that are built for free-style themes…getting to the subs takes two clicks, which is not good UX).

Over the past couple of weeks, I sent a few emails to Yuzool with feature requests. In each case, Michael wrote back that he could see a case for what I was requesting, and that he’d try to get them into a future release. They are all here!

Lastly, if you are used to developers who release a stack and then seem to forget about it for a year or more, this one is a refreshing change. I can’t thank Michael enough for listening to our requests…and then building them in and releasing an update. Awesomeness!

To see it in use in one of my sites, point your browser to https://www.scdiag.com/ Be sure to view it on a mobile device, too.

This stack gets better and better. I’m not a developer so I don’t know how much time is involved in continually adding updates to a stack, but its much appreciated. Thank you!

Well said @dave. I was going to comment, but can’t share my appreciation any better than your comments. Great job Michael @yuzool , THANK YOU!!

Hi Michael, it seems like a great update, however, I still have not received an update notification (I’m still on version 1.2).

Thanks for the comments everyone

That makes it all worthwhile

I’m glad you shared that site because it’s so nice and was impressed when I saw it. I even had to check the code to double check it was Navigation Stack as I couldn’t recognise it haha

Update received, thank you very much