Hi All, I am using Sitelok to start addressing user access issues on a site I have built. Was using @joeworkman’s excellent PageSafe but my users cannot remember codes I give them. So we are going to allow them their own passwords with update capabilities. I have removed the PageSafe instances from the relevant pages and followed @vibralogix’s excellent tutorials to set up. I have been publishing and all seems to work fine but then I decided to change some of the content on one of the pages and this is what greeted me in preview in RW:

This is the PHP code in my prefix area for this page: <?php
$groupswithaccess=“Members”;
require_once("/home/vmlcgorg/public_html/slpw/sitelokpw.php");
?>

same as an image:

and this is what greeted me in preview

The RW preview mode doesn’t know about Sitelok, as you’ve installed Sitelok only on your server.

Thanks @instacks , duh… Sometimes I just forget to go back to first principles… Many thanks for taking the time. DougP

OK, @instacks - please pardon my ignorance, but it begs the question that was raised in the 2016 RW 7 preview issue with Sitelok of everyone objecting to commenting out their php code so they could see their page content (as a workaround) in preview. Then that was fixed. What’s the difference between those environments and mine? A duplicate local server?

Hi Doug. When using Sitelok snippets directly it’s best to uncheck the ‘Render PHP on local preview’ in the RW preferences. RW can preview basic PHP from stacks but can’t handle external scripts on the server.

Ha! I didn’t know about that little trick. Handy right at this moment as I’m presently working on a site with Sitelok! I’d just been commenting out the tags!

Ha! I didn’t know about that little trick.

If you use my Sitelok stacks, then you do not need to worry about things like that. This way the rest of the PHP on your site can still work in RapidWeaver. 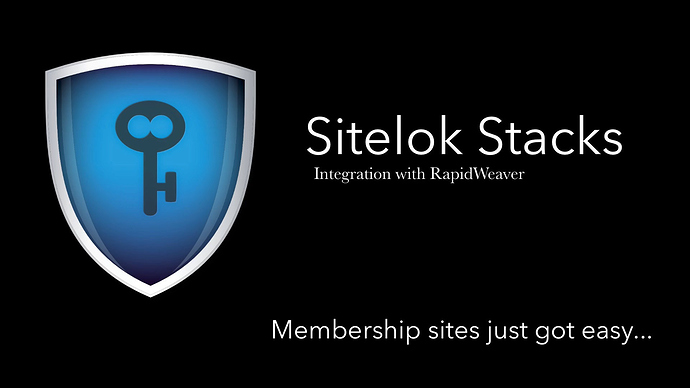 The Sitelok stacks allow you to easily integrate Sitelok by Vibralogix into your RapidWeaver projects. Its never been easier to build memebership sites or a full feature user login system. With these stacks, you no longer have to worry about adding...

Joe, your sitelok video seems broken. Also, not sure if you’ve tested your site on Android, but it’s not a great experience. Slow loading and the search is not at all intuitive.

Same video is further down on the page in the Tutorials section. I will get that fixed though, thanks!

@vibralogix Adrian, thank you kindly for educating me on this. You make a great product and I am learning all the time!

I had to submit a ticket to YouTube on that video not playing. Strange one. Here is the direct link to the video for everyone… 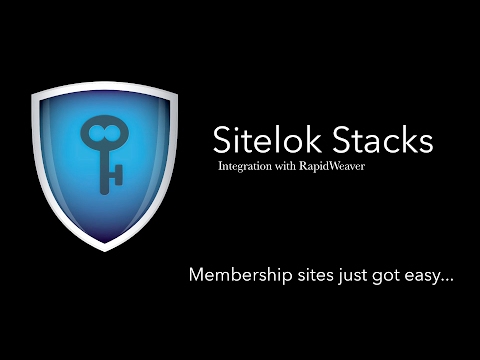 I managed to get it to work on the lower videos on that page. Have to say again though Joe, it was a real challenge as your site just isn’t compatible with Android; search is almost impossible to use, depending on what is in view (and taking up almost all the screen) scrolling doesn’t work and there are quite a few other major issues. I almost gave up trying to find anything.

I do get that the logic most likely follows that RW is a Mac product, and so anyone on the site on a mobile device is most likely going to be using iOS (which may work perfectly, don’t know, didn’t try), but Android is used by many many Mac users.

I’m not mentioning this (again) to try to be a PITA, it’s just I know lots of devs don’t test on Android and just assume it’s working, but often it’s not.

Oh, and about to puchase the stacks. I kinda thought I wouldn’t really need them, but they do seem to make things even easier to setup. So for $40, it’s a no-brainer.

I own 2 android devices that I purchased just for testing. I will load it up later today to test. Thanks.

I also test on Android as well as Edge on Windows etc.