Poster stack, how to hide majority of content in TOC view

With poster stack, I’m finding it shows ALL the text of the blog entries, in the up front view, where you are supposed to see only a small bit of the text… how do you tell it to display only a little of the text, there should only be a little bit, then the Read more… link, the link is there at the bottom of the full text now, I can’t get it to limit the text to just a few lines… the demo videos are made with small amount of text so it’s not a problem in the demo tutorial videos… they don’t deal with it

Here’s the documentation for this topic: https://instacks.com/posterstack/tutorial/?post=content-areas

That documentation is tempting, but it’s not specified clearly what fields things go in. The read more tag is covered by not which field to put all the text in, or I didn’t see it… but I found a working solution, that is to click the Summary Info check box, and to paste a small amount of the article in question into that box’s text field, then it shows up in list view as only that and shows all if you click the title, which is all great, now I have to get savvy with margins as I notice in detail view it’s all the way over to the edges… so there must be margins settings I can find and fix that.

I’m interested in the drop shadow that is talked about in the documentation given in Jannis’s reply… but there again it’s not clear which fields to put the values into, I can experiment I suppose, and see if I can figure it out…

I just re read that section of Janni’s manual, and I got it a bit better, I think he’s saying that you can put all the content into summary content, put a read more tag to separate main from summary, and they will display in their relative places correctly… it’s not much harder to copy paste a small amount of text from main to summary… one way or the other I guess

I’m having a few problems and rather than start a new thread I thought I’d continue here.

I have a nice look going in edit and preview in RW for the Poster Blog. Here is a screen shot of what I’ve got going on there now. 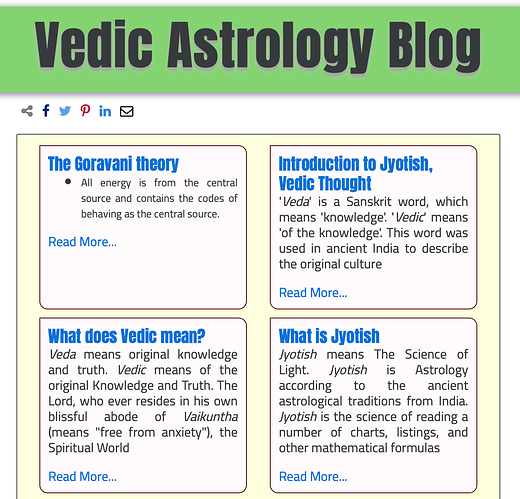 Two problems. One is when I try the social badges, I try Facebook anyway, that one, and it comes up with this which seems wrong:

It seems to me the URL ought to be packed already.

That’s not the end of the world, but I’m curious about it’s functionality, I thought maybe to try it on my server, as that was in Safari preview, so I published to my server, and I cleared my history, cache, and reloaded the page, but all I get is the text of the first two that I published previously, and they come up as complete text because I wasn’t doing the right things yet, so this is previously published, it’s still coming up… why won;'t RW publish my changes to the blog, that’s the question… why aren’t my changes being published? 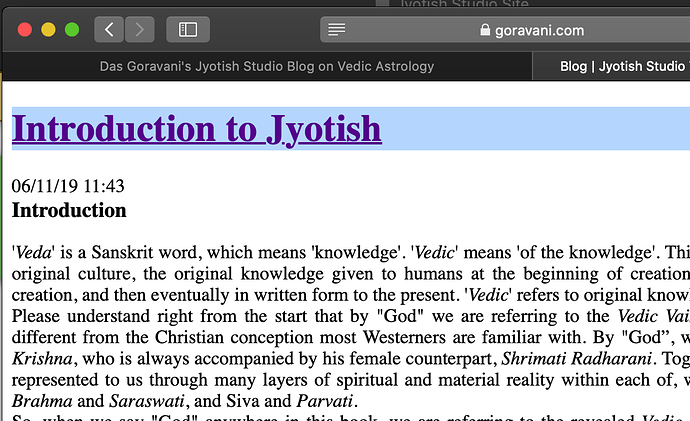 The above picture shows that it’s not coming up with my changes, but just the text of one post that I previously published this way, it’s not publishing the changes I’ve made.

One is when I try the social badges, I try Facebook anyway,

You have to put the social share stack inside each poster item. Only then you get a correct link to each post inside FB.

why won;'t RW publish my changes to the blog, that’s the question… why aren’t my changes being published?

If you don’t see the same content on the published server as they are inside preview, it is a RW publishing thing and not related to Poster Stack.

There is no browser cache involved. Or maybe you have some server side issues.