In preparation for some exciting Rapidweaver developments coming down the line, a new members section has been added to the Template Repo site.

You can learn all about it in a blog post here: New Members Area Is Go!.

If you’d like to join the free to access members area, hit up the site and complete the registration form, then once in you’ll get access to the existing freebies and all the new exciting stuff planned for the coming months.

Please remember that the member’s section is brand new and still in active development. So if you spot something now working as expected, let me know.

Morning. Just a heads up for people joining, there seems to be a bit of an intermittent issue for those with apple emails (me/com, icloud.com etc. For reasons, I don’t yet understand confirmation emails are bouncing, even though the emails are good.

If you sign up, use an Apple email and don’t get your confirmation email, get in touch.

So far the member’s area has proven popular, so thank you for that. I’m hoping to get some new items into the freebie section next week with the first workshop planned for Sept.

I just wanted to update this thread, as it’s reasonable for anyone who signed up to the members area to by now be saying “Where are the new freebies?”.

Since getting the new members section launched and before I’ve been able to get anything new ready for members I’ve been hit with a few personal issues that have been a big time suck. Notbing serious I’m pelased to say. Well, not to me personally…

Things did look like getting back to normal a couple of weeks ago but then not one but two of my three dogs blew their cruciate ligaments within days of each other. So I’ve been playing doggie nurse to the pair of them, which initially involved trying (and mostly failing) to keep the pair of them calm so as not to damage the one remaining good back leg. And now that one has had the reconstructive surgery trying to keep him even calmer so as not to damage it in the early stages.

Worth mentioning this one (Ollie) is a chihuahua, and if you’ve ever tried to keep a chihuahua from running around like a dog possesed, you’ll know what a stressful task that is!

The other one (Bonnie) goes in tomorrow, so for the next few weeks I’ll be dealing with double the doggie stress. This one is a lot older and bigger, so presents an entirely different challenge.

Then there is Bea, the third, who just doesn’t understand what is going on and just wants to play with the other two.

Anyway, aside the the dogs there has been a few other issues that have gotten in the way, so I just want to apologise to those who signed up. I do have things for the new freebies sections in the works, but it’s going to be another few weeks yet I’m afraid.

And for those interested, this is Ollie feeling sorry for himself. 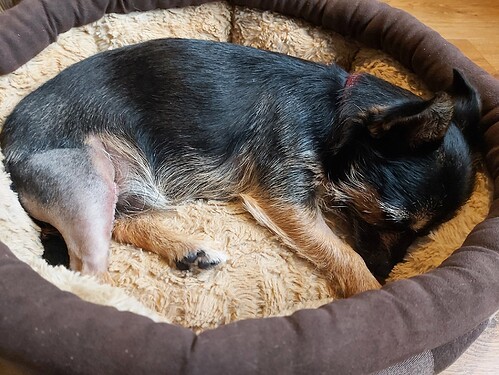 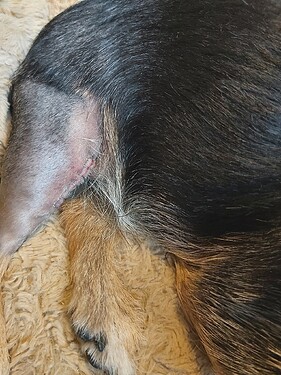